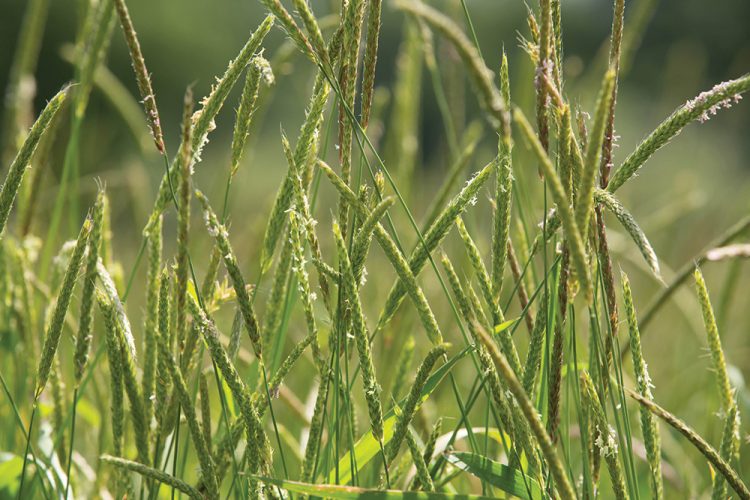 New trials undertaken by ADAS have shown that preserving cereals with Crimpsafe 300 kills 100% of the black-grass seeds ensiled with the crop.

Black-grass is one of the most serious weed problems faced by UK cereal growers and efforts to reduce its incidence have started to focus on
non-chemical control. As the grass weed has gained increasing resistance to herbicides, attention has gradually turned to management practices, ranging from strategic ploughing and delayed autumn drilling, to opting for spring- instead of autumn-sown cereals.

Now, a new trial carried out by ADAS has shown that crimping cereals achieves a 100% kill of any black-grass seeds harvested and ensiled with the crop (see table overleaf). This decreases black-grass seed return to
the soil and renders the harvested black-grass seed completely unviable
for future germination. It therefore opens the way for changes in management practices which could help farmers cut the burden of black-grass on their farms.

Furthermore, farmers have every reason to feel completely confident about bringing crimped grain on to their own farms for use as livestock feed. They can now do so in the knowledge that any black-grass seeds it may contain will not germinate on their property. 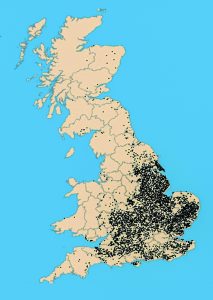 The spread of black-grass in the UK, shown by farms which have taken preventative measures. – Published with the kind permission of the National Farm Research Unit

This is likely to encourage farm-to-farm trading which offers significant financial benefits to farmers, whether buying or selling.

Dr Laura Davies, ADAS weed researcher, who carried out the trial said the practices involved with crimping looked very promising as a means of reducing the black-grass burden on a farm.

The early harvest associated with the crimping process also increased the amount of black-grass seed removed from the field, compared to conventional harvest timing.

She said the opportunities of harvesting barley early for crimp should be further investigated, including its long-term impact on reducing the build-up of weed seeds in the soil.

“Many people are not aware that cereals for crimping can be harvested at least three weeks before conventional harvest,” she said. “We would like to investigate the impact of early harvest on reducing the weed seed bank and emergence of black-grass in subsequent crops.

“We are encouraged that this trial demonstrated that the crimping process itself will kill black-grass seed, making it unviable. This suggests that early harvest and crimping could be an effective part of a multifactorial approach to black-grass control.”

Arable and beef producer, Neil Welburn (pictured below) says his experience on the 1,600 acres he farms in Yorkshire supports the ADAS trial’s findings (see above).

Farming at Cross Hill Farm near Goole, where his battle against black-grass has been ongoing for many years, he says the early harvest and crimping of moist cereals is part of a many-pronged attack on the weed.

“We have some very bad black-grass land and have to constantly think about it,” he says. “We do a bit of everything including stale seed beds, crop rotations, glyphosate, spring drilling, roguing and growing competitive, hybrid barley varieties to try to smother the weeds,” he says.

“Early harvest and crimping are definitely an important part of this strategy. We set the combine sieves fully open for crimping and catch a lot of weed seeds, which you can see in the tank.

“When we combine barley for crimping the black-grass is still quite green and you can see half heads of it in the sample. I don’t think the seed is as viable at this early stage, but once it has been through the crimper, had the Crimpstore 300 applied and been clamped for a month or so, my feeling is that the seed isn’t viable at all.

“It’s difficult to quantify the progress we’re making as we have such a big seed-bank but things are definitely improving,” he says.

His belief in crimping is such that he now puts all of the winter barley grown on the home farm through the process and some of the barley he grows on outlying, rented land. A large proportion of the crimp is fed to the 600 head of cattle which are fattened on farm each year.

“The cattle do incredibly well on the crimp,” says Mr Welburn. “We buy mainly Holsteins and Holstein x Jerseys and are managing to get flesh on them with crimp.

“We are mostly selling to Buitelaar at 12 to 14 months for rosé veal at a deadweight of over 220kg.

“The cattle are really healthy and the grades have definitely gone up since we’ve been feeding crimp.”

However, the agronomic benefits of growing cereals and maize for crimping are such that he says he would continue with the process if he had no livestock on the farm.

“I would not stop crimping now even if we did not have cattle. I would sell crimped cereals to other livestock producers as it plays such a big part in our black-grass control strategy and our arable rotation,” he says.

In fact, of the 500 tonnes of barley he crimped last year he says 200 tonnes were fed at home and 300 tonnes sold to other livestock producers.

“It also makes everything easier for us as a system,” he says. “We are farming a lot of land and crimping helps spread the workload. We are using the combine from barley-crimping in June until the grain maize is combined and crimped in around November.”

Buying in crimp is a safe option

Independent nutritionist, Stephen Caldwell (pictured), has been a long-term advocate of crimped grain and has encouraged many of his dairy farmer clients to include it in their rations.

He says it is safer for the rumen than dry, rolled cereals or a compound feed, and can be fed in higher quantities.

“My job is to look for the best nutritional option for my clients at an affordable price,” he says. “Crimped cereals win on several counts for me as the cows perform well on it because it is so rumen-friendly, without any negative action on rumen function and intakes; it’s very straightforward, usually coming straight from another farm in one journey; and because of this, it’s both cost-effective and good for the environment.

“Dairy producers are paid for milk solids but milk quality won’t be high if you don’t have good rumen function, so for me, that’s the number one reason for using crimp.

“When forage intakes are consistent, you can certainly feed a high-yielding dairy cow 6-8kg/cow/day of crimp without worrying, but you could not do that with dry cereals.”

He has encouraged many in the north of England to do so, and some are purchasing crimp from Neil Welburn in Goole (see above).

As a grassland advisor too (his company is SC Nutrition (UK) & Grass Science), he is acutely aware of the menace of black-grass.

“I’ve never heard of livestock producers encountering black-grass by buying in crimp and these trials may explain why. If the trials have proved that crimping kills the seed, then that’s an added bonus. I certainly would not want black-grass coming into my grass swards,” he says. 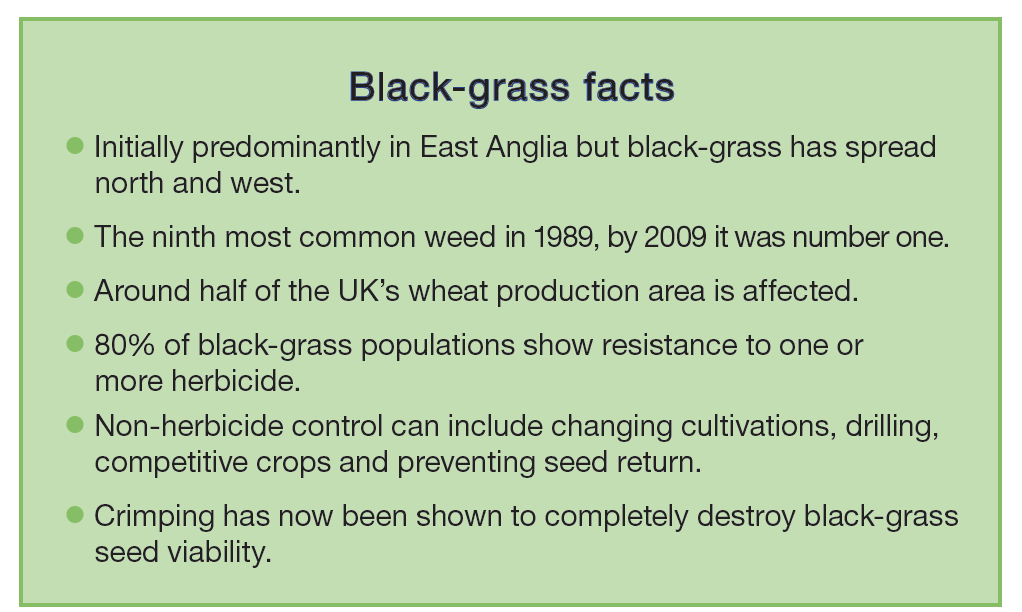 Organic farmer, Matt Ridley, has finished his lambs without concentrates for the past seven years. He explains how high...

Back to Basics on Silage preservation and protection

However innovative, convenient and time-saving SilageSafe may be, it’s always worth remembering that the silage you take from the...

The Tension is Mounting

The latest addition to the range of products from Kelvin Cave Ltd that are designed, and proven, to reduce...

While debate rages about the long-term effects, and even the existence, of climate change, one thing that cannot be...