Is the use of urea or urea-containing additives really the way forward to preserve home-grown high-moisture cereals?

Home » Article » Is the use of urea or urea-containing additives really the way forward to preserve home-grown high-moisture cereals? 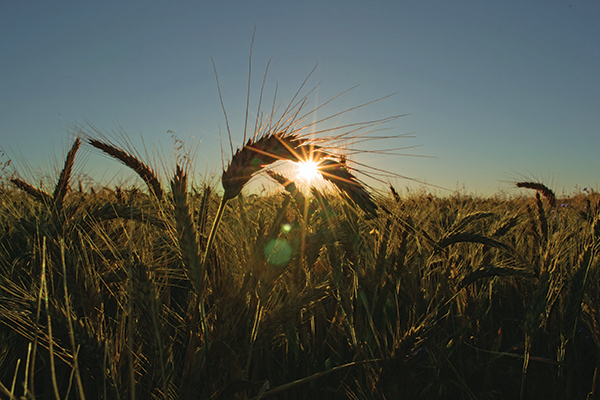 The answer to this question is a straight ‘no’, or, at least, ‘it depends on what the farmer’s intention is’. This article aims to give farmers food for thought regarding the best suitable technology to preserve high-moisture cereals.

It is well accepted that 22% is the maximum moisture level for preservation of cereals with urea – either as rolled or as whole grains.

Targeting this moisture requires the cereals to be left in the field for an unnecessarily long period, enabling moulds to infest the plant and produce mycotoxins. It also reduces the time available for following cropping actions, eg reseeding or catch-crops. In addition, evidence suggests that an earlier cereal harvest may play a promising role in preventing the spread of black grass in continuous cereal rotations, given that harvest occurs before black grass seed begins to shed. Narrowing the time window by having to have as low as 22% moisture can also result in challenges to farmers and contractors regarding available capacity for harvest and/or crimping. Only the harvest of cereals at 30% or even higher moisture content, and subsequent crimping and ensiling, offers maximum flexibility.

Indeed, urea application increases crude protein (CP) content of the treated cereals. However, about 25% of the urea is lost by volatilisation and evaporation of ammonia released from it (Spiekers et al, 2005), especially once the sheeting is taken off the heap. This is supported by empirical evidence from farmers who notice a strong smell of ammonia in the storage barn after removal of the plastic cover, which gets weaker and virtually disappears with progressing time. At the typical urea inclusion rate of 2% (20g/kg) resulting in a CP increase of about 6% units, 25% loss amounts to 1.5% less, or just 4.5% more CP, in the cereals. Thus, if CP content of the treated cereals is not regularly determined, then the ration may contain less CP than required to maintain a given animal performance level. 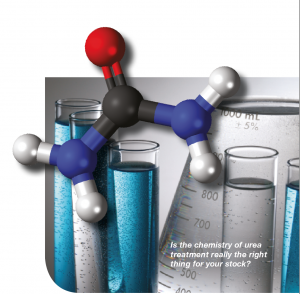 but no rumen-undegradable protein (RUP). The RUP fraction, however, is particularly important for high-producing dairy cows. If ammonia and carbohydrate supplies are not in balance, surplus ammonia is quickly absorbed from the rumen and has to be detoxified in the liver, thereby detrimentally affecting animal health. This also has the potential to affect fertility adversely since ammonia in the bloodstream can cause foetal mortality.

Is urea treatment effective in reducing the risks of acidosis caused by too much cereal in the diet?

Data on the effects of urea-treated grains on rumen function is lacking. Of course, the ammonia released from urea which is still present at the time of feeding can buffer dietary acids, originating from the silage in the ration, or from lactic acid production related to cereal starch digestion in the rumen.

However, in order to address the practical relevance of this frequently made claim, we need to do the maths!

Unfortunately, we cannot predict how much lactic acid is produced from cereals in the rumen, but it is correct to say that the more cereals fed, the higher the risk of excessive lactic acid formation, thereby reducing the amount of ammonia available for buffering lactic acid, the strongest of all fermentation acids, coming from silage. Each gram of ammonia from urea can neutralise 5.3g of lactic acid, to form ammonium lactate. At an assumed urea application rate of, again, 2% (20g/kg), and an ammonia concentration of 56% in urea, minus 25% ammonia losses during storage, 8.5g/kg of ammonia can be released.

This amount has the potential to neutralise about 45g of lactic acid. Thus, 90g or 225g of lactic acid in the ration can be buffered if 2kg or 5kg respectively of treated cereals are fed per head and day. Indeed, there may be a buffering effect, especially in fattening cattle, but only when cereals are offered at a daily rate higher than normal (5kg/head) and if the silage in the ration only contains low to moderate lactic acid concentrations of 50g/kg DM. However, in particular, low DM grass and maize silage often contains >100g of lactic acid per kg of DM, rendering the buffer effect of ammonia from grain urea treatment negligible, especially in the feeding of milking cows having a daily intake from silage >10kg of DM. It has to be noted that silage does not only contain lactic but also other fermentation acids, eg 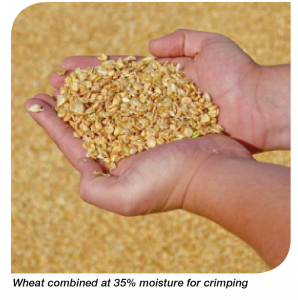 acetic acid, at significant concentrations. These can be bound by ammonia too. Unless controlled animal studies have proven positive effects of urea-treated cereals on rumen health, care should be taken not to simply imply them or take them for granted.

It is more than questionable and, on financial terms, not a wise decision to spend more money on urea-containing additives than on pure material as far as the urea-related effects, eg increase in
CP level, microbial inhibition, are concerned.

There is no evidence at all that formulated products offer advantages over feed-grade urea, but they are certainly much more expensive. The cost for cereal treatment with urea vary between £20 and £30/t. At 2% inclusion rate, this equals to £1.00-£1.50/kg of product whereas feed-grade urea sells at only around £0.40/kg.

Farmers who consider the use of urea-containing additives must ask suppliers for a detailed composition of the product – especially the content of substances other than urea and their beneficial effect – in order to be able to evaluate the return-on-investment compared to the sole use of pure feed-grade urea.

What is the way forward in preserving crimped, high-moisture cereals?

No technology other than crimping at >30% moisture offers so much flexibility in preserving home-grown cereals and their use in the nutrition of all farm animals.

Crimping guarantees cereal harvest at optimal nutritional value and hygienic quality, together with several agronomical advantages and reduced peak times of machinery use due to a wide harvest window. Crimped cereals treated with an acid- or salt-based additive can be fed, without any restrictions, to all animal species and categories whereas urea-treated grains must not be offered to monogastrics or calves without a fully developed rumen.

Should there be the unlikely situation of a shortage of soluble CP in the ration, feed-grade urea can always be added depending on its composition and the animal category.

This approach is far more flexible and economical than the treatment of the entire cereal inventory with urea or urea-containing products. 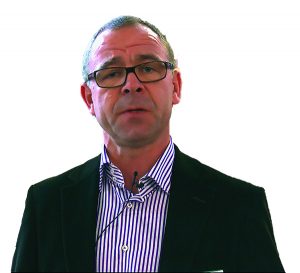 Dr Horst Auerbach runs the International Silage Consultancy in Germany and has published numerous research papers on the effective preservation of cereal grain for livestock feeding.

Cereal harvest begins in Gloucestershire on last day of June

The combine was in full swing on the last day of June in South Gloucestershire where beef and arable...

Cut out the middleman to reduce risk in grain storage

Cereal growers have been reminded of the importance of self-reliance, following the recent closure of a Scottish grain merchant,...

Wholecrop boost for milk from forage

Addressing the challenges of conserving wholecrop cereals has lifted milk from forage on a coastal, Cumbrian farm. Producing milk...